The Minimaîtres project was conceived in 2010 at the Beaugrenelle Library on the banks of the River Seine in the west of Paris near the famous camembert-shaped French Radio Building in the shadow of th Eiffel Tower. Its Chief Librarian, Marc Crozet, was a staunch supporter of the partnership which brought music to young ears in a most unusual way.

The Saturday morning concerts quickly became a feature of the weekend at the library and a not-to-miss occasion for mums and dads and their small children, wondering if their Johnny was the next Mozart.

Conceived as a way of letting children talk to children about their musical experiences, this was a vindication of my  idea that there is no-one more qualified to talk to a child than another child, a conviction confirmed by the enormous interest on the part of not only the children but also their parents and the odd music lovers who just came along for the ride.

These 30 minute concert-presentations lasted from October 2010 until my retirement as Director of the Frédéric Chopin Conservatoire in 2016, every first Saturday morning of the month at 10 a.m., inevitably followed by the glass of orange juice provided by the watchful library staff.

My (supporting) rôle was one of accompanist for the young musicians (between 7 and 9 years old) and to answer questions about the way the children were taught in the conservatoire and all questions relative to getting a place there.

The name we gave to the concerts was actually born of a pun. Translating “Masterclass” into French, the idea struck me that “Minimaître” or minimaster was fun because it also suggested rulers, school and measurements or millimetres.

A year later, we were able to extend our action to the famous Necker Children’s Hospital on the other side of the Arrondissement and there the same children played and ministered to seriously ill children who came from the world over to be treated.

The staff of the hospital school were particularly involved and made an enormous difference to our impact, making sure that everything possible was done to help our young musicians be at their best in front of the young patients who, for many of them, had never even seen a musical instrument. My thanks in particular to Sylvie and Bénédicte who you will see in the following video.

As with the library, a regular rendez-vous was set up and every Thursday morning following the Saturday concert, they would play at the hospital. 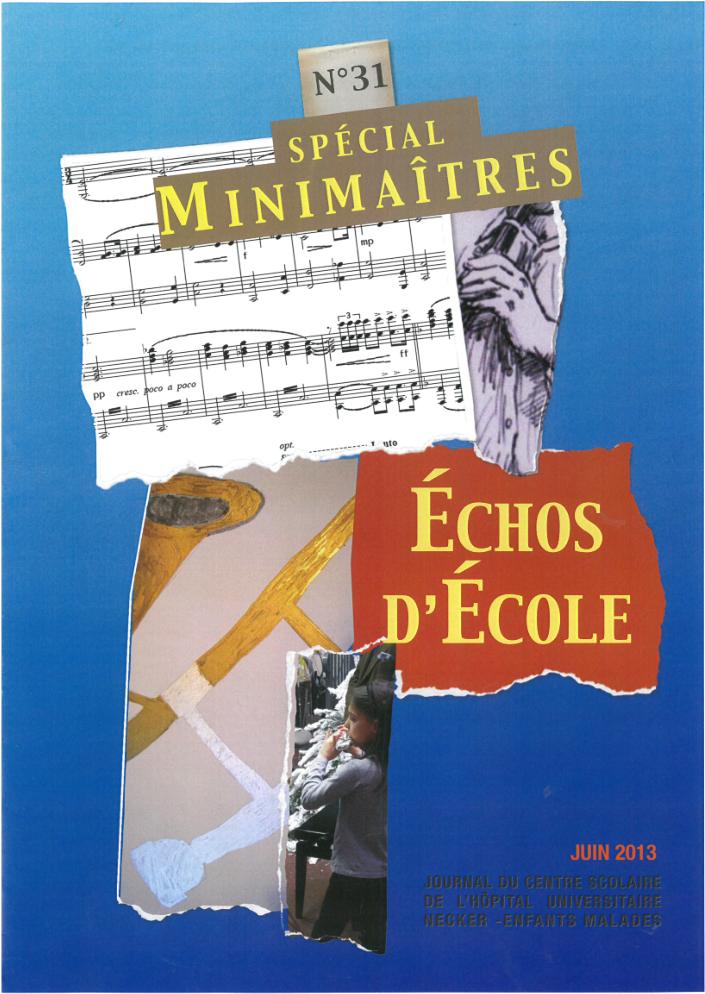 These moments were often memorable. I remember in particular a small boy in a wheelchair having a private horn concert from one of our pupils. I discovered afterwards that it was to be his last.

Although our work was discreet, it was the subject of much discussion. You can read the hospital’s school magazine for a small insight into our cultural contribution to the hospital and the bringing of classical music to young people who would otherwise not have discovered it.

The concept has been replicated elsewhere in different forms but if you are interested in doing something similar, you are welcome to contact me here.